Stamp duty is a tax on buying property. It accounts for a large portion of the State’s revenue.

We’re expecting a whole swathe of Baby Boomers (born 1946-1966) to downsize over the coming decade as their children have left home and they retire.

As of 2017, the current age range of Baby Boomers is 51-71. This means that the oldest of the generation have already started retiring and the youngest are in the final stages of planning to retire. 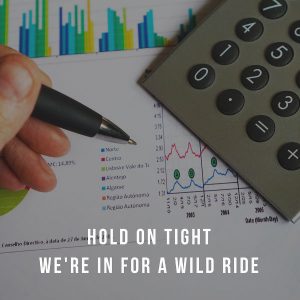 Over the course of the next decade or so, 5.5 million Baby Boomers, nearly a quarter of the total population, is set to retire. This generation holds the majority of the residential housing stocks, particularly standalone houses. They bought their first home between the late 60s and early 80s, when average prices were around 4 times average wage. As the housing market boomed with unimaginable growth, they either held onto those houses or traded up.

Case in point – my parents bought their first place in 1981 for $32,000, which was exactly 4 times Dad’s salary at the time. In 1989 they sold for $108,000 and bought an even nicer place for $135,000 which they still hold. That new place is easily worth around $1 million today. A 7.4x increase (or around 30x increase if you factor in their first house). They’re among the youngest Baby Boomers, so many of that generation will have done even better. If they lived in Melbourne or Sydney, their house would be worth at least $2 million.

My parents are the youngest of the Baby Boomer generation and aren’t looking at retiring for quite some time. If they follow my Nana’s lead (and they’ve said they most likely will), they won’t be selling their house, probably ever. So let’s switch to a hypothetical average Baby Boomer couple who own a $1m house outright.

If they buy a smaller place, they face a huge cash grab in the form of transaction costs. To downsize to a typical 2×1 house on subdivided land that you see everywhere will set them back around $500k. So they’ll free up around half a mil to keep them going for a decade and a bit if they’re frugal.

But they won’t have $500k, will they? Think about the transaction costs:

Put yourself in the mind of this hypothetical couple for a minute. You don’t have a mortgage, so the ongoing costs of staying where you are aren’t that high. But you’re facing a $43k bill for the pleasure of moving out of the house you raised your kids in.

What do you do? You’re retired, so the banks won’t let you refinance. Do you stay or move? Unless you’re in serious financial stress and have to access the equity in your home, I’d argue the vast majority would stay.

This scenario alone is going to lock up the housing market and continue to push back the age at which most Millennials can afford to buy a home. Why does this matter to Baby Boomers? They’re the ones with all the power right?

In 10 years, the Baby Boomers will be 60-80 years old. Many of them at their most vulnerable to political changes. With Millennials and Gen X running the country. Generations hardest hit by the short-sighted policies of the Baby Boomers. It takes a stroke of a pen to include the value of your residence in the calculation of your pension.

That pen stroke, in my opinion, will be both popular with the majority of the voting population and be forced by the huge drain on public funds caused by the mass retirement of the largest demographic of our society. This will be the logical step to reduce how much the government will have to pay for pensions, while looking after the most vulnerable of the elderly – those who don’t own their own home and have no superannuation.

When this change happens, and I don’t see a way for it not to happen, there will be a stampede for the exits. As distressed selling happens, the market falls from its bubbly highs. Others who are thinking about getting out realise it’s now or never, causing the market to drop further and further.

We’re going to see the largest property crash in our country’s history. If you can think of a way around it I’d love to hear it. I’ve played out every scenario I can think of and it all leads to this conclusion.

One way or another, people who have owned propety all their life will be forced to sell and downsize. They will either buy smaller places or rent. But they will face a stark reality when they look at their choices.

Stamp duty is tied to the price of the house. As prices have skyrocketed, relative stamp duty has not seriously been re-evaluated, so it has shot up too. Having some costs associated with switching properties is a good thing – it keeps volatility low and leads to stable prices. But if costs are too high, people don’t sell when they probably should.

This all causes a build up in pressure, leading to a crash, rather than to stagnation or a soft landing. Crashes lead to panic, which is never a good thing if you’re holding assets (but a great thing if you’re on the sidelines waiting with cash in hand).

If Stamp Duty is reset to something more reasonable (the buyer of our hypothetical couple’s house would have to pay $43,000 just in Stamp Duty!), then perhaps we can soften the blow a little. Unfortunately, I don’t see this happening because of how valuable those proceeds are to the government, which controls the valuation.

What can be done? It all depends on what stage of your life you’re at. If I were a Baby Boomer, I’d be making an appointment with an accountant as soon as possible to discuss strategy.

For my fellow Millennials… cut your spending, save as much as you can right now and hold on – we’re in for a wild ride.